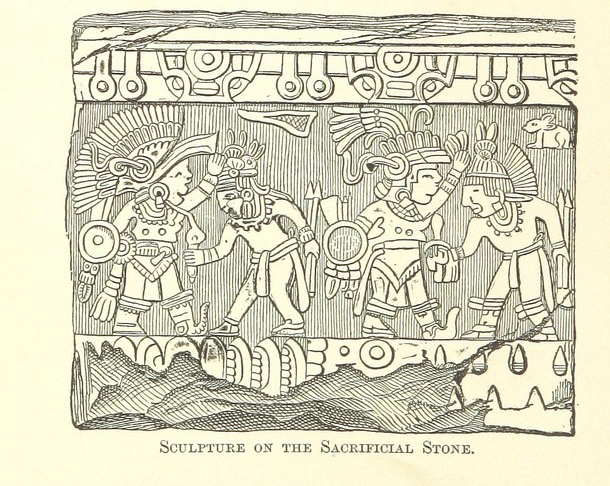 War (huh), what is it good for? Absolutely nothing! Well, that is not strictly true. Although all the killing and the destruction is very bad, some of the names given to wars and stories behind them are actually pretty interesting. Below are 10 wars with very unusual names and the reasons why:

This war was fought between Britain and Spain 1739 to 1748 and, to differentiate it from the numerous other wars Britain fought with Spain, it was given this unusual name by essayist Thomas Carlyle in 1858. The reason behind this strange name can be traced back to 1731 when Captain Robert Jenkins’ merchant ship ‘Rebecca’ was boarded by the Spanish coastguards in the West Indies. The Spaniards pillaged the ship of its goods, set it adrift and then, for good measure, cut off Captain Jenkins’ ear.

In 1738 Jenkins appeared before the British parliament to give evidence of Spanish atrocities in the West Indies. Jenkins reportedly brandished his severed ear, which had been pickled in a jar and it was this visual reminder of Spanish brutality that whipped the MPs into a frenzy of anger, precipitating the war.

Spain and England during this period were constantly at odds over control of the lucrative trade with the New World and the War of Jenkins’ Ear was played out in the Caribbean. Numerous skirmishes saw neither side victorious, and when the French joined with the Spanish against the English the tide turned and the fighting merged into the wider conflict of the War of Austrian Succession which raged 1740–48.

2. The War of the Oaken Bucket

During the early medieval period, Italy was not a unified country but was made up of a series of city states. To complicate matters further, some were loyal to the Pope, while 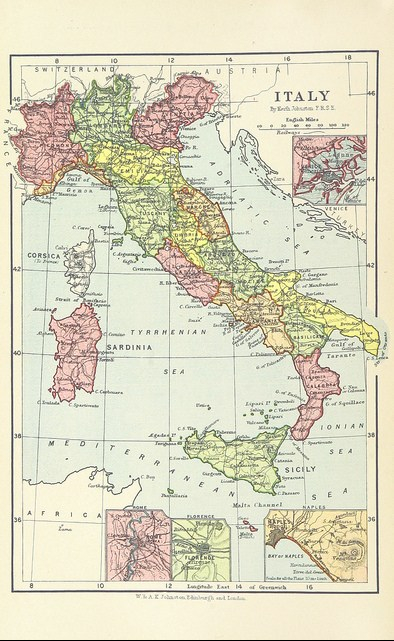 Map of Italy from ‘A Pilgrimage to Italy, etc ‘by James Smith (1899) via The British Library

Things came to a head in 1325 after soldiers from Bologna raided Modena, causing havoc and destruction before taking away their booty in an oaken bucket stolen from the town. When Modenese soldiers launched a return attack to raid Bologna they found the bucket stuffed with Modenese treasures next to the main well in the city centre. The outraged soldiers stole the bucket back again and displayed it in their own town centre to prove their victory.

The residents of Bologna were enraged and demanded their bucket of stolen treasure be returned, arguing that they had looted it fair and square. Needless to say Modena refused and on 15 November 1325 the War of the Oaken Bucket commenced in which 30,000 foot soldiers and 2,000 mounted knights on the Bolognese side met just 5,000 Modenese foot soldiers and 2,000 knights on horseback.

Despite their superior numbers the Bolognese army was taken by surprise by a sunrise attack and the Modenese forces swept into Bologna, destroying numerous castles and killing thousands. After the victory the people of Modena were allowed to keep their oaken trophy, which remains on display today at the Torre della Ghirlandina.

3. The War of the Golden Stool

The Ashanti Kingdom (part of modern-day Ghana) was annexed by the British in 1896, and keen to establish control they exiled the king Prempeh I. In 1900 the British decided to exert greater control on the region which until then had been allowed to follow its own governance and sent in Governor of the Gold Coast, Sir Frederick Mitchell Hodgson with a small number of troops.

In typically colonial fashion, Hodgson grandly announced plans to control the Ashanti government and then demanded they bring him their sacred Golden Stool so that he might sit atop it. The golden stool was extremely significant to the Ashanti people, representing their history and power. Only royalty were allowed to sit on it as it symbolised leadership of the tribe. The Ashanti refused Hodgson’s outrageous request and would not reveal the stool’s hiding place. While Hodgson continued to search for the stool the queen mother, Yaa Asantewa, began gathering her forces, determined to rid her kingdom of the British and bring her son back from exile.

The Ashanti forces blockaded the British fort at Kumasi, cutting telegraph lines and disrupting food supplies until a force of 700 British soldiers broke the siege and the governor and his troops fled. A couple of months later with renewed forces the British attacked again and defeated the Ashanti, exiling Yaa Asantewa and other local leaders to the Seychelles. The region was absorbed into the British Empire until 1957 when they finally won independence. The British never did get to sit on the stool which remained hidden until the 1920s when it was uncovered by road workers, who started to strip the gold, before the stool was rescued and returned to the Ashanti.

4. War of the Three Sanchos

During the Castilian Civil War of 1065–71, King Sancho II decided the time was ripe to expand his territory. Sancho II invaded the territory of his cousin, King Sancho IV of Navarre. Sancho IV was not about to give up his lands without a fight and so he appealed to another cousin, named (yes, you guessed it) King Sancho I of Aragon. As a consequence the three cousins all named Sancho fought it out until at last Sancho II’s Castilian troops were defeated and retreated back to their lands.

Despite their pleasant floral name, these wars were anything but. During the reign of the Aztec leader Tlacaelel, the practice of human sacrifice grew, as subjects were needed to assuage the gods after a long famine, 1450 to 1454, had hit the area. Tlacaelel targeted

the nearby city-state of Tlaxcala from which to harvest new victims. A strange agreement was set up which instigated the Flower Wars, in which both sides would regularly meet for a ceremonial battle at which no one would be killed but warriors would be taken captive on each side for later sacrifice. The agreement seemed to suit both sides as they each needed a constant flow of victims to meet the demands of their gods and although being taken captive was pretty rough, being sacrificed to the gods was seen as an honourable way to die.

Between 1762 and 1763, as part of the wider Seven Years’ War, the Spanish invaded neutral Portugal. A huge Spanish force entered the country but the hilly terrain and hostile peasants severely hampered their efforts. A number of minor skirmishes were fought in which the larger Spanish forces came off much worse, losing many soldiers and failing to gain any ground. Ultimately because no major battles were fought and comparatively few Portuguese lives were lost, the Portuguese dubbed this short-lived war the Fantastic War.

7. The War of the Oranges

In 1801 during the height of the Napoleonic wars, France threatened Portugal, asking 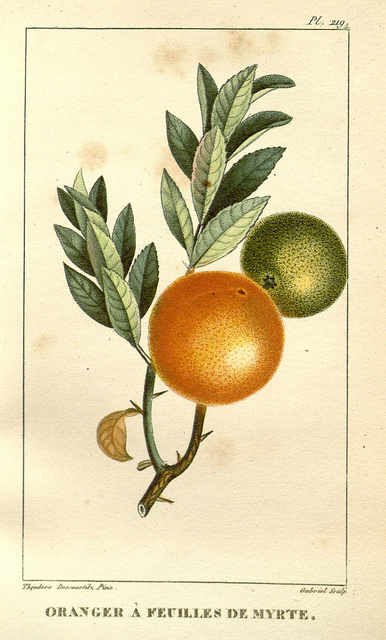 them to break their allegiance to Britain and instead join with France and Spain, effectively ceding a large portion of their territory. The Portuguese refused and prepared for war.

Spanish minister Manual de Godoy led the French troops into battle and quickly took Olivenza near the Spanish border. Godoy then travelled to Elvas where he picked some oranges which he sent to the queen of Spain with a message that they would next march for Lisbon, and hence the conflict became known as the War of the Oranges . Fearing further casualties the Portuguese entered into negotiations with France and Spain which resulted in the Peace of Badajoz. As a result Portugal agreed to break links with England, refusing them entry to their ports; give Olivenza to Spain and surrender some of their territory in Brazil to France – in return however they got the desired peace.

In the early nineteenth century, the riches of the Red River Colony in Assiniboia, in present-day Manitoba, Canada were exploited by two rival trading companies – the Hudson Bay Company (HBC) and the North Western Company (NWC). An uneasy truce had allowed the companies to co-exist until 1814 when the 5th Earl of Selkirk, Thomas Douglas, who had founded the colony and held a stake in HBC, decided to try and scupper the rival NWC. As a result the Pemmican Proclamation was announced, which forbade the export of any provisions from the colony for a year which severely impacted both the NWC, who relied on pemmican when they travelled out of the territory to hunt, and the local Métis who supplied the NWC with buffalo meat.

The year after, the governor took it one step further and banned the Métis from hunting buffalo with horses and then confiscated 400 bags of pemmican. The Métis and NWC banded together and began attacking the colony, hounding families and destroying buildings, causing a tit-for-tat war with HBC which continued on and off until 1820 when the death of Lord Selkirk allowed the British Crown to force the merger of HBC and NWC, and peace was restored.

This conflict was in fact of war of independence, when the southern half of Brazil mainly occupied by gauchos (or cowboys) rebelled against taxation by the Brazilian government. In September 1835 the rebel forces captured Porto Alegre beginning ten years of war which was dubbed the Ragamuffin War because the gauchos in their fringed suits were said to resemble scruffy peasants or ragamuffins which in Portuguese is farrapos.

The gauchos set up the breakaway Riograndense Republic but their leader, Bento Gonçalves was captured and imprisoned in 1836. However, Gonçalves would not be held and in an improbable fashion he escaped from his island prison by diving into the sea and swimming for a boat held by his allies. The Farrapos Revolution raged on with the Brazilian government re-taking Porto Alegre which the farrapos immediately began besieging. A peace was finally agreed in 1845, reuniting the country and giving pardons to the rebel leaders.

Following Mexico’s independence from Spain in 1821 the country suffered a certain lawlessness, with rioting, looting and rampaging commonplace. One day the unruly residents of Mexico City picked on the wrong person by ransacking the pastry shop of a French chef named Remontel.

Distraught at the damage to his livelihood Remontel unsuccessfully attempted to gain compensation from the Mexican Government. Not willing to let it go, Remontel decided to take his case directly to the French king, Louis-Phillipe. The French were already pretty annoyed with the Mexicans over monies owed after the Texas Revolution in 1836 and so were all too pleased to have another reason to demand some of their cash back. They quickly demanded the Mexican government pay them 600,000 pesos, including a hugely inflated 60,000 pesos for the pastry shop.

Of course the Mexicans refused and as a result the French sent ships to blockade Mexican ports in an act of war and invaded the port city of Veracruz. The Mexican army quickly regrouped under war hero Antonio Lopez de Santa Anna who led the charge (and lost his leg in the process) to expel the French invaders. The four-month-long war came to an end in 1839 when the Mexicans agreed to pay the 600,000 pesos, including the 60,000 for the pastry shop – unfortunately it is unknown whether or not Remontel ever reopened his shop.