The Exhumation of Elizabeth Siddal

Dante Gabriel Rossetti (1828-82) was a leading light of the Pre-Raphaelite Brotherhood which he co-founded with Holman Hunt and John Everett Millais in 1848. Rossetti was a talented painter, poet and writer but his work was not always appreciated in his lifetime. With his strong views, and tumultuous love life, Rossetti typified a romantic, idealised image of ‘the artist’. 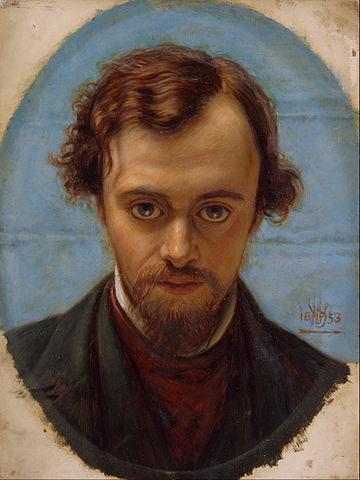 Rossetti met budding artist and model Elizabeth Siddal (1829-62) in c.1849 and entered into a long, and sometimes tortured, love affair. Their relationship was documented in many of Rossetti’s sketches, paintings and poems, immortalising her fragile, flame-haired beauty, and forever linking her image with the Pre-Raphaelite movement. 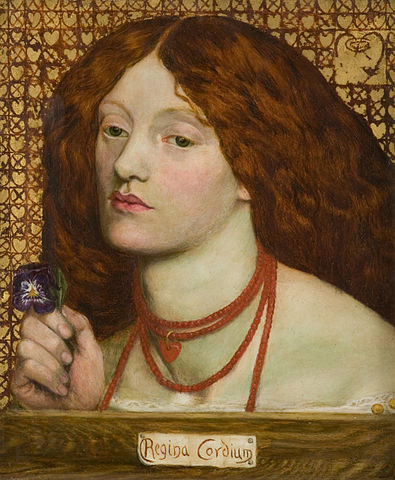 Regina Cordium (1860) by Dante Gabriel Rossetti – painted on their marriage

Rossetti and Siddal’s relationship was punctuated by Siddal’s lengthy bouts of illness and eroded by Rossetti’s affairs with other women and Siddal’s addiction to laudanum. In February 1862, Siddal died from an overdose, having spiralled into a depression after the loss of her baby. Friend of the couple, Hall Caine, described Rossetti taking a book of his poems and placing them next to the cheek of his dead wife, entwining some of her celebrated red curls around them and requesting that they be buried with her[1]. Caine here created a tender and tragic image of the distraught artist, placing his precious poetry in his muse’s coffin. This type of artistic self-sacrifice appealed to Victorian ideals and the macabre act of burying his work with his wife was also tinged with the Gothic.

Rossetti felt enormous guilt over the death of Elizabeth and his mental health began to suffer but as time passed his guilt was surpassed by a yearning for his lost poetry. By 1869 his agent Charles Augustus Howell gently encouraged Rossetti to put an exhumation in motion so as to retrieve the poems from the grave. Howell was perhaps motivated by his own hopes of financial gain but also wished to alleviate Rossetti’s considerable mental anguish.[2] 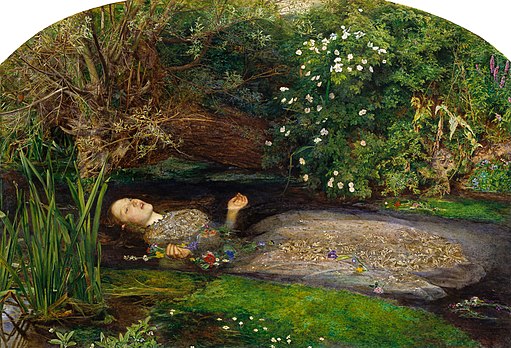 Permission for the exhumation was swiftly granted as Rossetti knew the then Home Secretary Henry A. Bruce and was able to circumvent the usual rules which would have required his gaining the consent of his mother to desecrate the family plot. Rossetti clearly knew how badly the exhumation would reflect on him were it to come out and keeping it from his mother likely helped him to keep away from awkward questions regarding his motivations.

Rossetti, keen for the literary fame the publication of the lost poems could offer him, yet crushed by the desecration the retrieval required, was not present at the exhumation, and in fact kept himself at one remove by signing power of attorney over to Howell on this matter.

The exhumation went ahead on 5 October 1869, during the dead of night so as to avoid offending any mourners at the cemetery. A large bonfire was built at the graveside to light the way and provide warmth. A lawyer, Tebbs was present to ensure no foul play took place and Dr Llewelyn Williams was engaged to receive the ghastly book and disinfect it to prevent any germs from the dead spreading to the living. 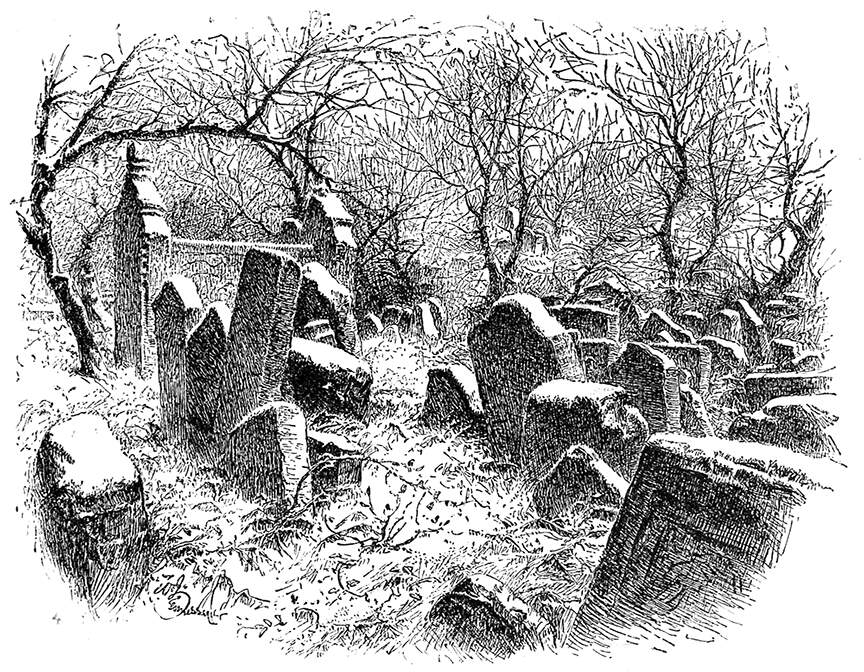 Howell was also present and reported, in what can only be a figment of his imagination, that when the coffin lid was removed Siddal was found ‘quite perfect’ – a myth which later grew to include reports that her golden hair had continued to grow until it filled the coffin.

Howell’s retelling puts a Gothic, supernatural spin on the exhumation but the reality soon unravels his storified version when we consider that the manuscript was quite sodden and had to be taken away to be disinfected. When Rossetti was finally reunited with the book two weeks later, it reeked of disinfectant and decay and had a number of large worm-holes obscuring some of the text[3]. One can only imagine the very vivid illustration this offered of the reality of where the book had lain for the past seven years, and it is telling that once the poems were transcribed, Rossetti had the manuscript destroyed. 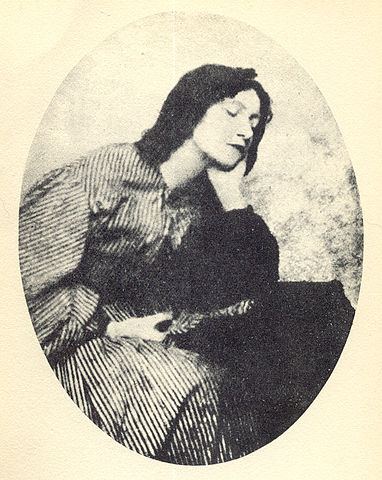 The truth of the exhumation did not come out to the public until after Rossetti’s death in 1882. Caine Hall recalled that Rossetti regretted the exhumation, citing rather damningly his ‘weakness of yielding to the importunity of friends, and the impulse of literary ambition’. Ultimately however, the vivid Gothic imagery of an uncorrupted Siddal over-shadowed the grim reality of the act and instead of damning Rossetti it fed into the myth surrounding this truly Victorian couple.

2 thoughts on “The Exhumation of Elizabeth Siddal”