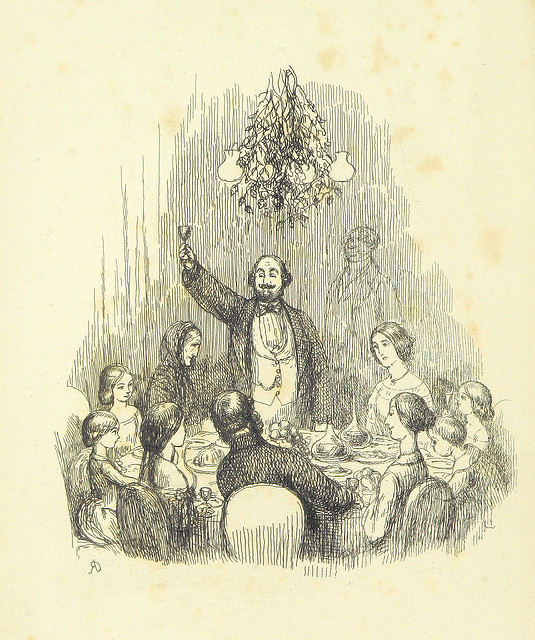 William Makepeace Thackeray was one of Charlotte Brontë’s literary heroes. In 1848 she dedicated the second edition of Jane Eyre to him, after much admiring the recently released Vanity Fair (1848).

She wrote in the preface to that edition that Thackeray was ‘the first social regenerator of the day’, adding, ‘His wit is bright, his humour attractive, but both bear the same relation to his serious genius that the mere lambent sheet-lightning playing under the edge of the summer- cloud does to the electric death-spark hid in its womb.’ 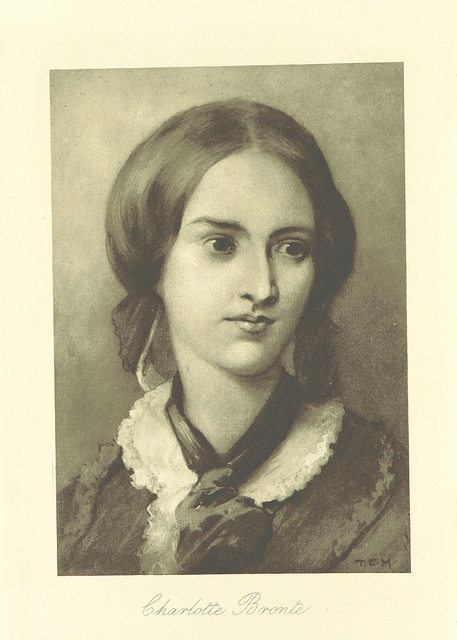 In a letter of thanks in reply to Brontë’s publisher, Thackeray wrote that the dedication was ‘the greatest compliment I have ever received in my life.’ Unfortunately however, it was also a source of embarrassment and gossip. Unbeknown to Brontë, Thackeray, in an echo of Mr Rochester, had a mentally-ill wife who had been locked away in an institution and who Thackeray was unable to divorce. Rumours abounded after the dedication that Currer Bell had been a governess in Thackeray’s household and had written the fiction inspired by real life.

Despite this uneasy undertone Brontë was still keen to meet the much-admired Thackeray and when she visited London in December 1849 was happy to have an introduction afforded by her publisher, George Smith. This first meeting was at a dinner and Brontë had expected so much from Thackeray she was a little unnerved to find he was just an ordinary gentleman. 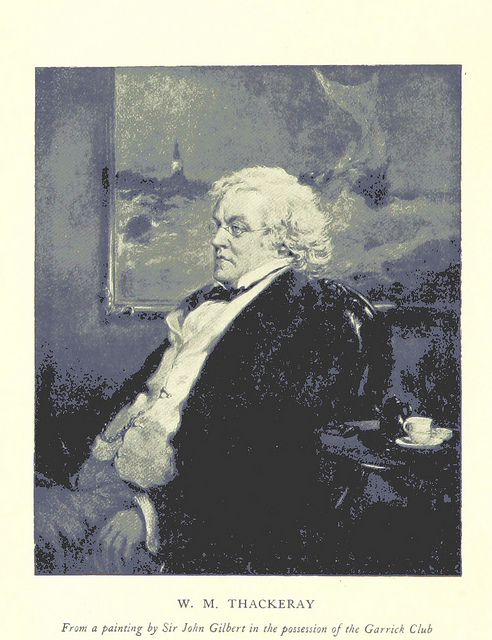 Image from The Oxford Thackeray. With illustrations via The British Library

Brontë struggled to think of anything to say, her shyness and her disappointment likely mingling and making her mute. Thackeray was reportedly also thrown by the encounter. In Lewis Melville’s, The Life of William Makepeace Thackeray (1899), an anecdote of this first meeting is recounted:

At dinner, Miss Bronte was placed opposite him. ‘And,’ said Thackeray, ‘I had the miserable humiliation of seeing her ideal of me disappearing, as everything went into my mouth, and nothing came out of it, until, at last, as I took my fifth potato, she leaned across, with clasped hands and tearful eyes, and breathed imploringly, ‘Oh, Mr. Thackeray! Don’t!’

Whether or not this is a true reflection of the meeting is hard to know, but I can’t help hoping it’s true as the awkwardness depicted by the mindless potato-over-eating Thackeray is quite an image to enjoy.

The pair’s second meeting was no less unsuccessful. Thackeray invited Brontë to a dinner party for lady writers at his house in June 1850. Again Brontë was crippled by shyness and barely spoke, the other guests were reportedly disdainful of her brooding, quiet manner and her outmoded dress. Thackeray’s daughter Anne, said of the dinner ‘It was a gloomy and silent evening. Everyone waited for the brilliant conversation, which never began at all.’

At one point one of the ladies attempted to brighten things up by addressing Brontë directly, asking her how she liked London. An interminable pause followed before Brontë uttered ‘Yes; and no,’ and the conversation ended.

Brontë ended up leaving the gathering early and Thackeray, embarrassed by the abject failure of the evening, quietly sloped off to his club, leaving his other guests to entertain themselves.

And so it seems the adage is true, never meet your heroes. Both Brontë and Thackeray, so sparkling and alive on the page, struggled to live up to the pressures of performing in society. Perhaps this can give all us mere mortals some succour that talent can exist behind even the most unlikely exterior.

If you enjoyed this post do check out my books which are full of fascinating historical tidbits and numerous book-related facts.