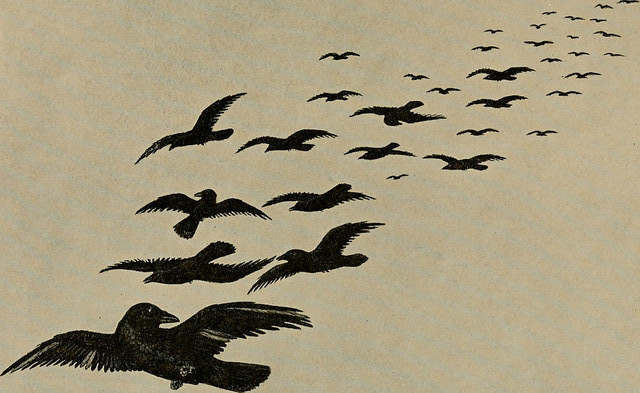 Humans have always looked for certainty in life, after all it’s reassuring to know what the future might bring. As a result throughout history people have used a wide-variety of methods, often rooted in the natural world, in an attempt to predict the future. There is something especially fascinating about the varying methods of divination used across the globe, revealing  our human need to see signs in the natural world or to seek messages from the gods. Below are a selection of traditional methods of divination:

Urimancy was the ancient practice of telling the future by inspecting urine and was, somewhat inexplicably, based around the number and size of the bubbles in wee (I would have thought inspecting the colour would have been a lot more useful in terms of medical predictions but then what do I know, I am no soothsayer). Practitioners in ancient Rome would peer into the toilet bowl and make their prognostications. Lots of large, well-spaced bubbles meant that you would soon come into a large sum of money. A smattering of small bubbles was a bad omen and signified the death or illness of a loved one.

Haruspication is telling the future from animal innards. In Ancient Rome animals sacrificed to the gods would be cut open in order for the seer, known as a haruspex, to consult the liver, entrails, spleen and stomach. The haruspex would look at colour, shape, size and texture in order to make their predictions.

In the Near East this practice was limited to inspecting the liver of sacrificed sheep, which was thought to reveal messages from the gods. The British Museum has a clay model of a sheep’s liver from Babylonia from between 2050 and 1750 BC which has been divided into sections and each section is thought to relate to a different medical diagnosis.

Tasseography is the reading of tea leaves, a phenomena which became popular in Europe in the nineteenth century but which has its roots in ancient Chinese soothsaying. To read the leaves, make yourself a cup of tea with a generous pinch of loose leaf tea. 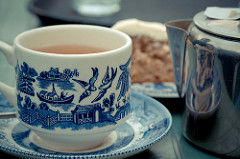 Leave to steep for 3 minutes before drinking it, leaving a tiny amount of water along with the leaves in the bottom of the cup. Turn the cup three times in a clockwise direction and then invert it onto a saucer so the liquid drains away. The tea leaves are now ready to be interpreted.

Naturally as with any of these methods the variables are numerous and a potted explanation can do no justice to the complexities of tasseography, however if you’d like to know more about interpreting the results take a look at this great post from the Tea Association of USA.

Geomancy (or in Arabic ‘ilm al-raml‘, meaning ‘the science of sand’) is divination by the earth and was first developed on the Arabian Peninsula. Seers would draw lines in the sand and interpret the formation to predict the future or answer a specific question.

In Medieval times it migrated into Europe and was simplified so it could be practised by simply drawing points. The seer should hold the question they wish to answer in the minds while unthinkingly drawing a series of lines of points. This pattern can then be interpreted, to reveal the answer to the question posed. This brilliant Princeton Blog explains the rather complicated method.

Probably the most well-known image of divination is scrying– the act of gazing into a reflective surface such as a pool of water, mirror or crystal ball in order to foretell the future. The reflective object itself does not foretell the future but rather it is a conduit through which the seer may enter into a trance and receive messages from the mysterious shapes reflected back at them. 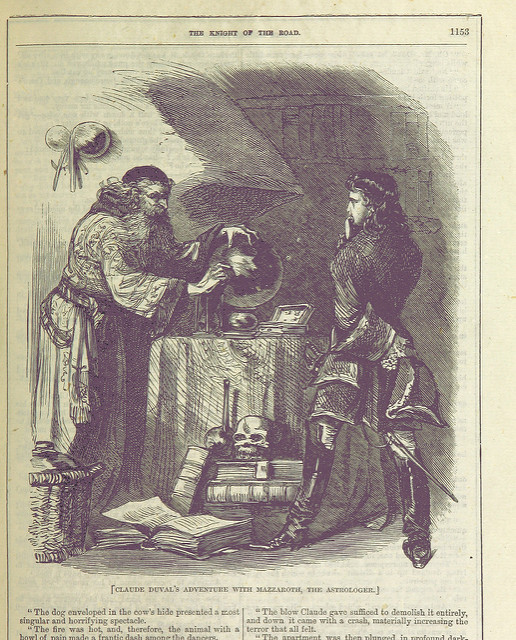 Image from The Black Highwayman by Edward Viles, 1868, via The British Library

The Ancient Egyptians practised scrying during initiations, using mirrors, water and highly-polished obsidian. Nostradamus was thought to have used a small bowl of water when making his predictions and the magician John Dee had a small crystal ball which is held by the British Museum.

Osteomancy is divination using animal bones. This is a method that has been used across cultures right back to the ancient past, revealing the long human–animal association. One method is to throw a selection of small animal bones and make predictions from their relative positions.

Another method, known as pyro-osteomancy, is to burn the bones, most often the scapula or shoulder blade of an animal, and divine the future from the fissures and cracks that appear. In China seers would carve their question into the scapula of a large oxen and then throw it onto the fire. The answer to their question would be revealed by the marks left on the bone once it had been removed from the fire. 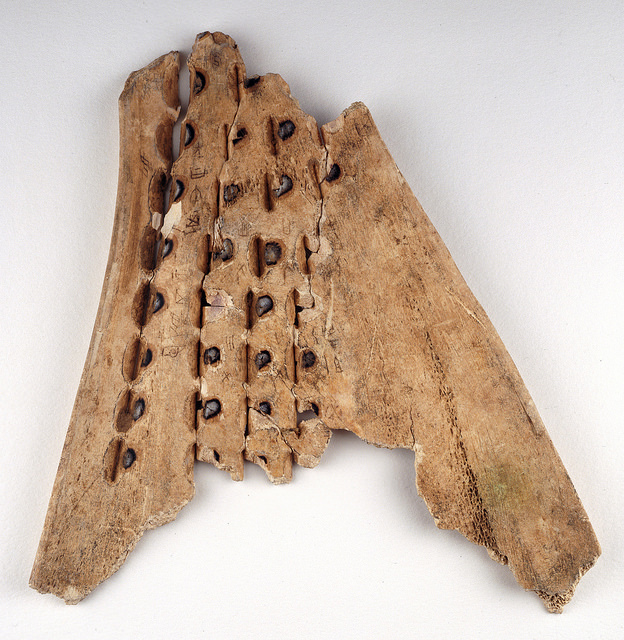 In Elizabethan England geese were traditionally eaten at Michaelmas. The breast bone of the Michaelmas goose would be removed and afterwards used to predict the coming weather. By holding the bone up to the light, its density could be judged. If the bone appeared dark then a hard winter was ahead, if the bone is mottled then the weather will be variable and if the bone is thin or near transparent then the winter will be a mild one.

The ancient Roman practice of augury tells the future by observing the flight patterns of birds. Augury was said to have played a part in the foundation of Rome. When Romulus and Remus first came to the area which is now Rome they disagreed over the placing of the city. Romulus wanted to build on the Palatine Hill, whereas Remus felt the Aventine Hill would be more strategically advantageous. They agreed to decide using augury, believing that the will of the gods would be revealed to them through the birds. The brothers sat at different spots on the hill for a set period of time and counted the number of birds they saw. Remus spied six vultures, but Romulus saw twelve and as a result Rome was built on the Palatine Hill.

The birds could be read either by their song or by their flight and the augurs would use their knowledge to reveal if the birds thought any action was either auspicious (good) or inauspicious (bad). This sort of fortune-telling was seen as message sent from the gods and was in widespread use across the Roman Empire.

English folklore also set store in reading flocks of birds and it was said that watching crows heading homewards in flight could reveal the future. Those watching the birds might interpret the birds forming letters and spelling out a message, revealing anything from their true love’s name to the weather for the week ahead.

This visually impressive method of foretelling the future uses molten tin or lead. The practice is thought to have developed from alchemy, whereby alchemists attempted to make gold from lead. Throughout the Middle Ages across northern Europe seers would pour molten lead or tin into a basin of water, the metal would then harden in strange shapes which would be interpreted. This method of divination was mostly used in a medical context, predicting a patients’ recovery or demise.

Today molybdomancy is still practised in Germany and Scandinavia. In Finland it is traditional on New Year to melt tin or lead and pour it into cold water. The lump of hardened metal is then rotated in the candlelight and the shapes of the shadows are interpreted to give predictions for the year ahead.

2 thoughts on “Traditional Methods of Divination”