The Tragic Tale of the Death of Nicolas Chamfort

While researching Famous Last Words I came across so many fascinating (and sometimes tragic) stories of people’s last moments the full detail I was not able to include in the book, so I thought I might share some snippets here on my blog. I wrote about the Curious Fate of King James II a couple of weeks ago and now I would like to share the tragic tale of Nicolas Chamfort. 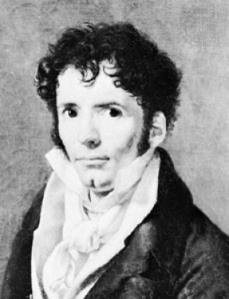 Nicolas Chamfort (c.1740–1794) was a French playwright born in a small village in Clermont Auvergne. Despite his lowly beginnings Chamfort managed to secure a scholarship to study in Paris.

Chamfort soon rose to fame in Parisian society for his great wit, handsome face and brilliant conversation. When commenting on his extensive education he quipped: ‘What I learned I no longer know; the little I still know, I guessed!’

Chamfort published a number of well-received plays and in 1769 was admitted into the Académie Française. So far, so good. Chamfort had risen to the heady heights of social success, supping with the cream of society.

During the intellectual debate stirred by the French Revolution Chamfort became disillusioned with his patrons from the upper classes. Chamfort walked away from the riches poured on him in society, and returned to relative poverty.

Chamfort became secretary to the Republican Jacobins and wrote revolutionary pieces such as Pensées, maximes et anecdotes (1795). He also coined many aphorisms such as ‘War to the châteaux, peace to the cottages’ and his version of the Revolutionary cry ‘fraternity or death’ – ‘Be my brother or I’ll kill you’ which summed up the fervour of the Revolution.

As the Revolution spiralled out of control and the Reign of Terror took hold, Chamfort, disgusted by the blood-letting, turned his back on the Jacobins and took up with the Moderates. This change of allegiance enraged the Jacobins, who had him arrested and imprisoned.

Chamfort found the horror of prison too much to bear and yet could not restrain his flow of sarcastic commentary on the new order of things in Revolutionary France – the very skill for which he had once been so celebrated was now his downfall – as a result he was again threatened with prison.

Unable to bear the thought of his freedom being curtailed once more, Chamfort chose suicide. In September 1793, Chamfort took a gun, locked himself in his study and shot himself in the face. 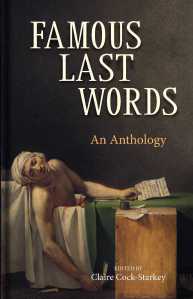 Unfortunately the pistol misfired and though he managed to shoot off his nose and part of his jaw, he did not die. Desperate now, Chamfort grabbed a paper cutter from his desk and began stabbing himself in the neck and chest.

Still living, he scrawled the following declaration ‘I, Sebastien-Roch Nicolas de Chamfort, hereby declare my wish to die a free man rather than to continue to live as a slave in a prison.’ In rather fabulously melodramatic fashion he signed the statement with his own blood.

The men sent to arrest Chamfort found him unconscious in a pool of blood, they showed no mercy and carted him off to prison despite his terrible injuries. Imprisoned, Chamfort lingered on in great pain until April 1794, when he finally died of his injuries. His last words were: ‘And so I leave this world, where the heart must either break or turn to lead.’