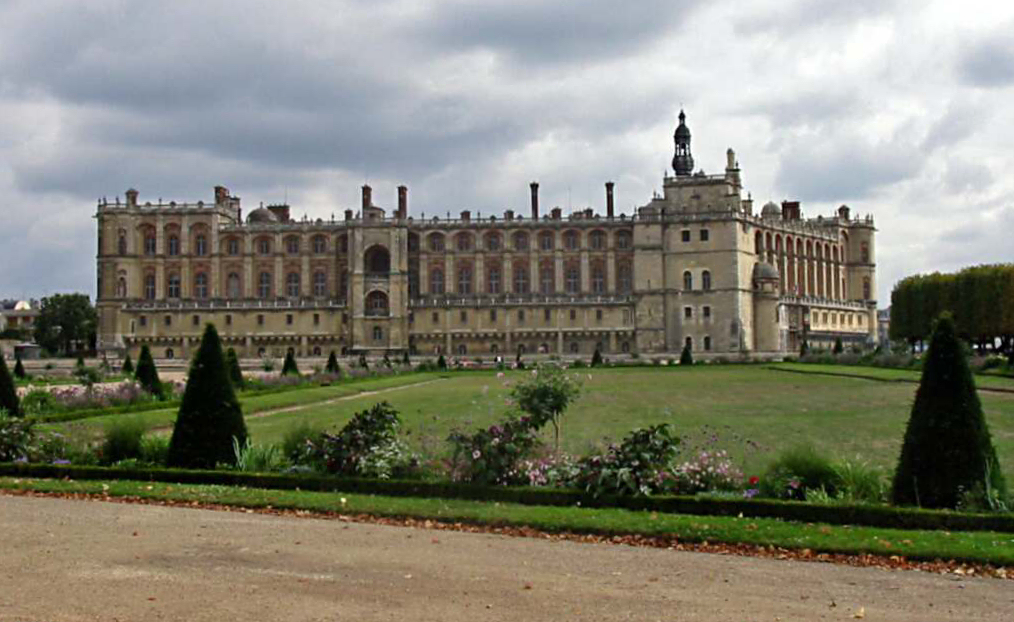 While researching Famous Last Words I came across a fascinating first-hand account on the strange fate of the body of exiled King James II and thought it would be a good nugget to share.

James II of England (VII of Scotland) was the second son of Charles I and succeeded his brother Charles II to the crown of England and Scotland in 1685.

James was a Catholic and after years of religious in-fighting and turmoil the ruling English nobles were very unhappy to have a Catholic on the throne. The last straw came when James II’s Catholic wife, Mary of Modena, produced a son and heir, insuring the crown would again pass onto a Catholic.

It was at this point that James’ nephew William of Orange, a firm Protestant, was invited to invade England and seize the crown, which he successfully did in 1688 in the ‘Glorious Revolution’. To further complicate matters for poor James, William of Orange was married to James’ daughter, Mary (who had been brought up a Protestant), from his first marriage to Anne Hyde.

James went into exile in France under the protection of his cousin, Louis XIV*, where he lived out his days at a chateau in Saint-Germain-en-Laye. James died of a brain haemorrhage in 1701 and what happened to his body thereafter is rather curious.

His heart was removed and placed in a silver casket and given to a convent in Chaillot, his brain was kept in a lead casket and given to the Scots College in Paris, his intestines were decanted into two gilt urns and given to the parish church of Saint-Germain-en-Laye and the Jesuit college in St Omer, and somewhat bizarrely the skin from his right arm was gifted to the English Augustinian nuns of Paris.

The remains of his body were placed in a lead-lined coffin and sarcophagus and transported to the Chapel of St Edmund in the Church of the English Benedictines in the Rue de St Jacques in Paris. The coffin was not buried but kept in the chapel, surrounded by candles, in the hope that it might one day be returned to England for burial in Westminster Abbey. Unfortunately that never happened.

In 1789 during the French Revolution churches were raided and coffins defaced in order to use the lead inside to make bullets. It is known that James II’s coffin was plundered by revolutionaries and while researching for a book I am writing I came across this rather gruesome eye-witness account of what happened when the revolutionaries opened the coffin. It comes from The Last Words of Distinguished Men and Women (Real and Traditional) by Frederic Rowland Marvin (1901):

‘The following curious account was given in 1840 by Mr. Fitzsimmons, an Irish gentleman upward of eighty years of age, who taught French and English at Toulouse and claimed to be a runaway monk:

“I was a prisoner in Paris, in the convent of the English Benedictines in the Rue St. Jacques, during part of the Revolution. In the year 1793 or 1794, the body of King James II. of England (died 1701) was in one of the chapels there, where it had been deposited some time, under the expectation that it would one day be sent to England for interment in Westminster Abbey. It had never been buried. The body was in a wooden coffin, inclosed in a leaden one; and that again inclosed in a second wooden one, covered with black velvet. While I was a prisoner the sans-culottes broke open the coffins to get at the lead to cast into bullets. The body lay exposed nearly a whole day. It was swaddled like a mummy, bound tight with garters. The sans-culottes took out the body, which had been embalmed. There was a strong smell of vinegar and camphor. The corpse was beautiful and perfect. The hands and nails were very fine. I moved and bent every finger. I never saw so fine a set of teeth in my life. A young lady, a fellow prisoner, wished much to have a tooth; I tried to get one out for her, but could not, they were so firmly fixed. The feet also were very beautiful. The face and cheeks were just as if he were alive. I rolled his eyes; the eye-balls were perfectly firm under my finger. The French and English prisoners gave money to the sans-culottes for showing the body. The trouserless crowd said he was a good sans-culotte, and they were going to put him into a hole in the public churchyard like other sans-culottes; and he was carried away, but where the body was thrown I never heard. King George IV. tried all in his power to get tidings of the body, but could not.”

This is not quite the end of the story, because in 1824 the church of St Germain-en-Laye was rebuilt and one of the urns containing his intestines was found and reburied, ensuring a small scrap of James II survives buried in Paris.

*Louis XIV was a kindly cousin and once James was in exile tried to get him elected to be King of Poland, James declined the offer fearing it would prevent him ever returning to rule England.

5 thoughts on “The curious fate of King James II”