Introducing my next book: The Real McCoy

It is with great excitement that I announce my next book: The Real McCoy and 149 Other Eponyms. 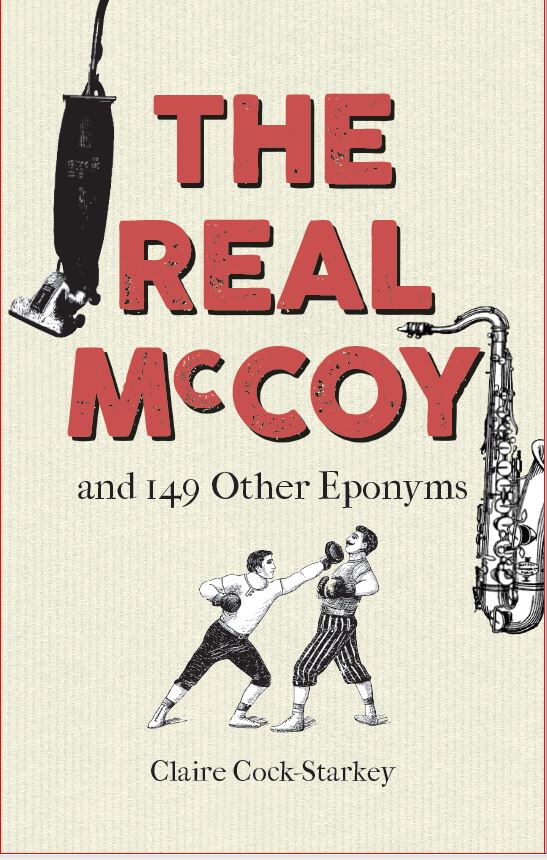 Here is a taster of what to expect:

The English language is rich with eponyms – words that are named after an individual – some better known than others. This book features 150 of the most interesting and enlightening specimens, delving into the origins of the words and describing the fascinating people after whom they were named.

Eponyms are derived from numerous sources. Some are named in honour of a style icon, inventor or explorer, such as pompadour, Kalashnikov and Cadillac. Others have their roots in Greek or Roman mythology, such as panic and tantalise. A number of eponyms, however, are far from celebratory and were created to indicate a rather less positive association – into this category can be filed boycott, Molotov cocktail and sadist.

Encompassing eponyms from medicine, botany, invention, science, fashion, food and literature this book uncovers the intriguing tales of discovery, mythology, innovation and infamy behind the eponyms we use every day. The Real McCoy is the perfect addition to any wordsmith’s bookshelf.

You can read more about it here in the latest catalogue for Bodleian Library Publishing and you can pre-order a copy here. The Real McCoy will be out in October 2018.