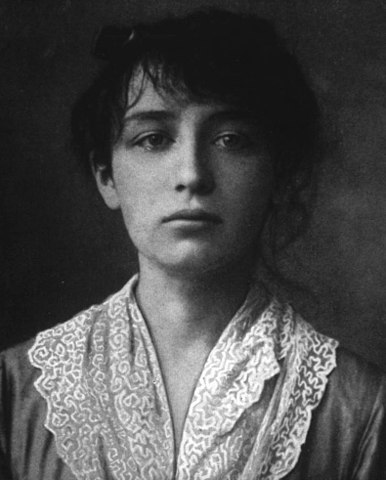 The Tragic Lives of 5 Artists’ Muses

The Muses in classical mythology were the nine daughters of Zeus and Mnemosyne, goddess of memory. Their very being inspired the creativity of artists, writers, poets and dramatists alike. However in more modern times being a muse was a less than blessed existence, with many finding themselves cast aside, their own ambitions thwarted by their association with a more successful (invariably male) artist. Below are 5 artists’ muses and their tragic tales:

Camille Claudel was a sculptor in her own right but in 1885 she went to work as studio assistant to Auguste Rodin. This relationship was initially fruitful as Claudel was able to

work closely with the artist – getting access to nude models which during that period was often difficult for female artists, modelling elements of Rodin’s larger work (for example she created the hands and feet for Rodin’ Burghers of Calais) and acting as a model herself. By 1893 Rodin had achieved great fame and Claudel was struggling to emerge from his shadow so she left him in order to retreat to her studio to concentrate on her art.

Unfortunately Claudel’s mental health suffered and she became paranoid that Rodin was trying to spy on her and steal her ideas, causing her to destroy her own artworks. In 1913 Claudel’s mother had her committed to an asylum, where she remained until her death in 1943 despite regular pleas by her doctors that she no longer need be incarcerated. She was buried in a mass grave with no funeral. Today scholars have recognised the importance of her sensual sculpting style and in 2017 a museum showcasing her work opened in Nogent-sur-Seine. Ironically she now also has a room dedicated to her works at the Rodin Museum in Paris – providing recognition of a sort that still binds her inextricably with the man who over-shadowed her talent in life.

Victorine Meurent was a young working-class girl who posed for many of Manet’s most scandalous and famous paintings including The Street Singer (1862), Le Dejeuner sur l’Herbe (1863) and Olympia (1863). 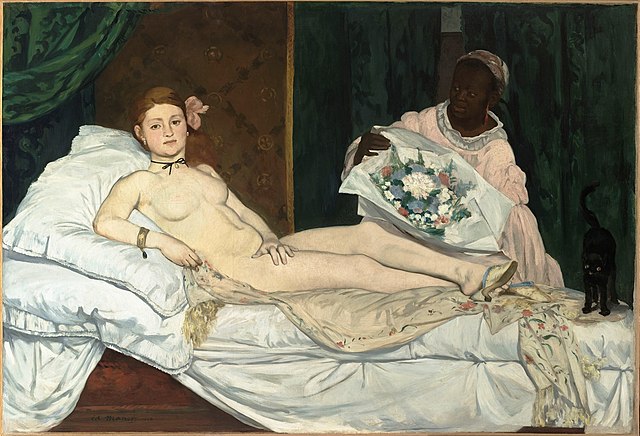 Meurent had ambitions to be an artist herself and went on to study with portrait painter Etienne Leroy. Manet disapproved of her more traditional painting style and they drifted apart, however she found some success showing at the Salon a number of times and was inducted into the Société des Artistes Français in 1904. However making a living from art was not easy and she later fell on hard times. After Manet’s death in 1883 she wrote to his widow politely asking for some of the profits made from Manet’s paintings of her that the artist had promised her. But Madame Manet declined to reply. Only one of Meurent’s paintings survive today, Palm Sunday, displayed at a small provincial museum in Colombes.

Known as Kiki de Montparnasse, Alice Prin was a muse to many of the foremost artists, photographers and film-makers of 1920s Paris including Chaïm Soutine and Man Ray (who was also her lover). 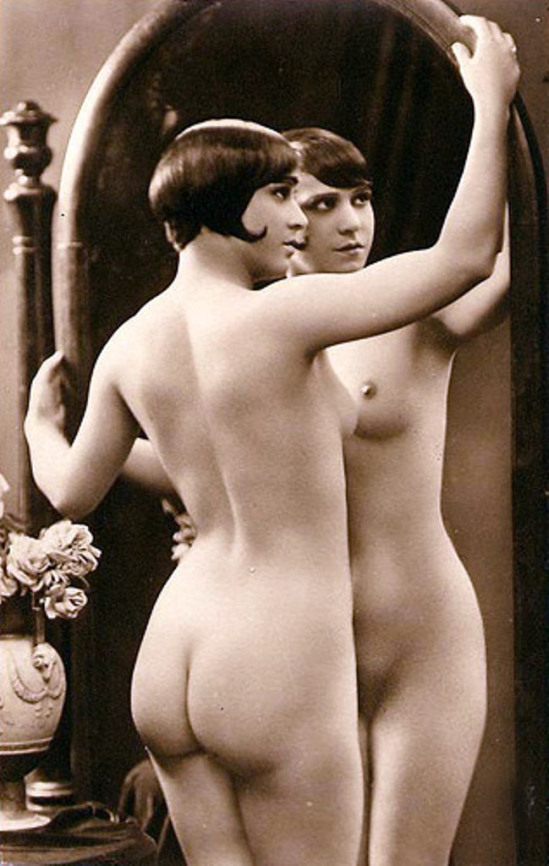 Prin was beautiful and bawdy, she sang cabaret in Le Jockey Bar in Montparnasse where artists, eccentrics and creators thronged. Here she caught the eye of Moïse Kisling who recreated her in Jeune Femme au Decollette (1922) and surrealist Óscar Dominguez, but it was photographer Man Ray who really forged a connection. For six years they were lovers and Man Ray would dress and make her up each day, creating an ever-changing look. But Prin was revered and reviled in equal measure for embodying the debauched and decadent world of 1920s Paris and her feisty character at times became too much – after an especially vicious bar fight for which she was arrested, Man Ray ended their relationship. As the roaring twenties drew to an end Prin struggled to find modelling work, returning to cabaret singing to fund her cocaine and alcohol habit. She remained a fixture of Montparnasse until her sudden death aged 52 in 1953 by then famous simply as a relic of a once vibrant scene.

Gala Diakonova met and fell in love with French poet and one of the founders of the surrealist movement, Paul Eluard, when they were both just 17. She went on to have an affair with the artist Max Ernst who painted her a number of times, and ultimately she remained in a relationship with both men (and many others) for some years. In 1929 she met Salvador Dali who was ten years her junior, they became lovers and were married in 1934. Diakonova became Dali’s leading muse so much so that he frequently signed his paintings with both their names in recognition of her part in inspiring his creativity. Due to her domineering personality and extremely promiscuous sex life Gala has not been kindly reflected in the history books and one historian quipped ‘to know her, was to loathe her’. However as Gala never spoke publicly we can only view her unconventional life through the judgemental prism of other’s impressions of her.

Suzanne Valadon was indeed a muse and model to many celebrated artists including Renoir, Degas and Toulouse Lautrec but she also had her own successful career as an artist. Inevitably for a trail-blazing female artist hers was a bumpy road taking in affairs, an illegitimate son, broken marriages and scandal. Valadon moved to Montmatres in Paris when she was just a teenager and her bright blue eyes and small athletic figure meant she quickly became in demand as a model. Most famously Valadon modelled for Renoir, appearing in Dance at Bougival (1883) and Dance in the City (1883). She was a firm fixture of the riotous bohemian café culture of Montmatres, something that Toulouse Lautrec captured in his painting of her entitled The Hangover (1888). By the 1890s Valadon had met and befriended Degas, who became a champion of her work, encouraging her to pursue her own artistic ambitions. Through modelling and selling her own artworks Valadon managed to support her son Maurice Utrillo (himself a troubled but talented artist) and her mother, and in 1895 she married a stockbroker and was able to paint full-time. Ultimately respectability did not suit Valadon and she yearned to return to Montmatres and her Bohemian lifestyle. 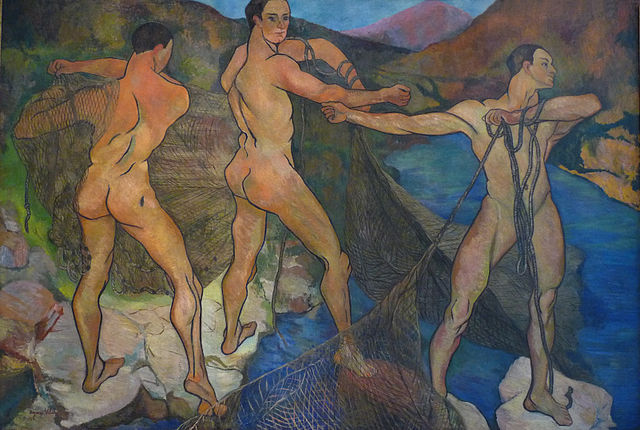 When she was 44 she embarked on an affair with her son’s 23-year-old artist friend Andre Utter, this volatile relationship was both fruitful (Utter modelled for Valadon’s well-regarded painting Casting the Net (1914)) and damaging (they fought frequently). As with many artists although Valadon achieved some recognition in her lifetime (she was the first female painter to be admitted to the Société Nationale des Beaux-Arts) it was only after her death that her importance as an artist was truly recognised.

If you enjoyed reading about these tragic muses do check out my post of the exhumation of Lizzie Siddal (muse of Dante Gabriel Rossetti).

For more on arcane history, books, libraries and words take a look at my books.