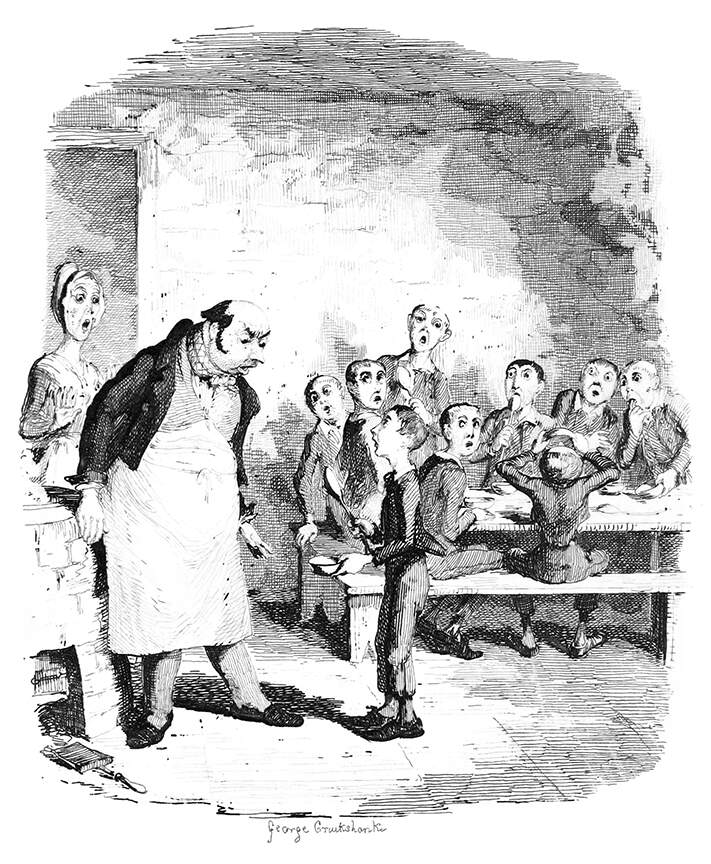 A Collection of Literary Orphans of Note

Literature is littered with orphans. The classic plot trope of the poor parentless child has appeared in numerous books across the eras, untethering our fictional heroes and allowing them to muster their resilience and overcome their tragic start.

For a bit of fun I thought I would collate some literary orphans of note here and record the dismal fate of their parents:

in Anne of Green Gables by Lucy Maud Montgomery (1908)

in The Secret Garden by Frances Hodgson Burnett (1911)

Circumstance of parent’s demise: Mary’s parents died in India from cholera when Mary was 10 but as they were generally too busy to pay much attention to her she was brought up by her maid and did not miss them. Verdict: Disease.

in Oliver Twist by Charles Dickens (1838)

Circumstance of parent’s demise: Oliver’s mother died in childbirth at the workhouse and his father died in Rome before he was born, leaving his mother destitute. Verdict: Childbirth/disease.

Circumstance of parent’s demise: Becky’s mother was an actress and opera singer who died (of unknown causes) when Becky was very young. Her father was an abusive alcoholic artist who died from delirium tremens (sudden alcohol withdrawal) when Becky was a teenager. Verdict: Unknown/alcoholism

Circumstance of parent’s demise: Jane’s parents died from typhus which her father caught while helping the poor. Verdict: Disease.

in The Jungle Book by Rudyard Kipling (1894)

Circumstance of parent’s demise: Mowgli’s parents were killed (and quite possibly eaten) by a tiger. Verdict: Misadventure.

Circumstance of parent’s demise: James’s parents died when he was 11 years old in a mountaineering accident in Chamonix. Verdict: Misadventure.

When researching this piece I came across numerous other literary orphans (such as Heathcliff in Wuthering Heights, Pip in Great Expectations, Pauline, Posey and Petrova in Ballet Shoes to name but a few) where the circumstance of their parent’s death was glossed over to such a degree it was impossible to decipher their cause of death. Indeed even in the books I included most of the parental deaths were alluded to in passing, only really in Harry Potter does the whole tragic scene (which is so central to the story) eventually get played out.

The device of making the main character an orphan immediately creates adversity and sympathy for them, often providing a motivation for their actions. Being an orphan also excludes a child from the usual family responsibilities, giving them the excuse to set off on exciting adventures and to live outside the norm.

My entirely unscientific analysis of fictional orphans leads me to conclude that the most common cause of death for literary parents is disease, a rather simple (and historically all too common) way of quickly dispatching superfluous parents.

Do you have a favourite literary orphan? If so please tell me about them below.

If you enjoyed this you might like to try my book The Book Lovers’ Miscellany which is full of facts on books, writers and writing.