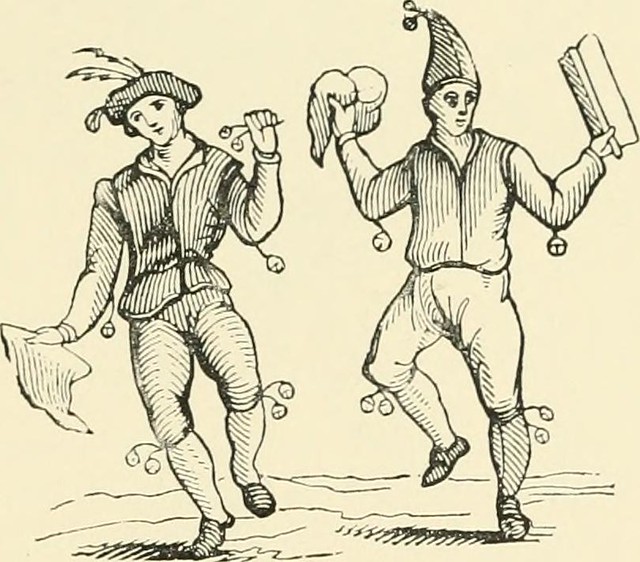 The ‘Invention’ of Folklore in the Nineteenth Century

The word ‘folklore’, was coined in 1846 by the British writer and editor of Notes and Queries, W. J. Thoms. Prior to this local traditions and rituals, then known as ‘popular antiquities’, that had passed down through many generations had been an accepted part of rural life, but by giving these practices a name, Thoms was transforming them from background rituals, largely taken for granted, to an area of culture and history that could be studied. From the 1860s there was a boom in the collection and discussion of folklore – the rise of social Darwinism, a growing population and increased urbanisation generated an upsurge in the idea of survivalism and a fear that these rural traditions might be lost.[1]

‘the generic term under which the traditional Beliefs, Customs, Stories, Songs and Sayings current among backward peoples, or retained by the uncultured classes of more advanced peoples, are comprehended and included.’[2]

As this quotation attests, folklore was perceived as the relics of behaviour from the distant past that had been passed down through generations; the traditional rituals giving an indication of how our ancestors thought. The tone of the quotation and its reference to ‘uncultured classes’ reveals something of the Victorian folklorists’ attitudes to the people they were studying – these were largely middle and upper class people studying the customs of the rural working classes – and it is key to bear in mind the filter through which we are reading the folklore record.

Encroaching modernity caused the Victorians to worry that old traditions were under threat and in need of preservation. A rising panic at the changes wrought by technology, industrialisation, and burgeoning capitalism collided with fears about the booming population and the move to city life, creating a nostalgia for the rural idyll. It was against this backdrop that an interest in recording folklore grew, alongside an anxiety that it was a way of life quickly passing.

As an interest in folklore grew in the mid to late Victorian period there were two main schools of thought on the correct way to study folk beliefs. The Folklore Society followed the Victorian tradition of armchair scholarship, in which antiquarians analysed existing references to folklore from books and periodicals. This extract from the introduction of Folklore Society member Edwin Sidney Hartland’s book on Gloucestershire folklore, neatly sums up the survivalist thinking of the society:

Nobody now disputes that the superstitions, the customs, the tales, the songs, and even the proverbial sayings of a people may throw unexpected light upon its history; and from the investigation and comparison of such things as these, once deemed unworthy of notice, scientific men have begun to reconstruct the unrecorded past of humanity.[3]

This was represented as a systematic, scientific study of behaviour – the folklore collected dispassionately for future analysis.

Outside the Folklore Society there existed a number of regional historians, often experts in local dialect, who worked in the field collecting oral history in order to preserve and record local customs and traditions.[4] The majority of these were collected in the north of England by regional experts who diligently recorded the oral history of their local communities. A number of these collectors were vicars, their job necessitating close relationships with their parishioners. This, at times, created a tension in their recording of the folklore, as by its very definition it is based around superstition, something the Anglican Church was at pains to distance itself from. The Reverend Morris justified his interest in folklore thus: ‘False and absurd as many of their notions were, there were others that were tinged with a picturesque interest, and betokened a deep-rooted faith in the unseen world.’[5] This is a fairly typical interjection of the folklore collector, a lofty view of a local tradition, painting a picture of quaint, old fashioned and ill-educated people still mindlessly carrying out the traditions of their ancestors. It should also be noted that most folklorists were middle or upper-class and this coloured what they chose to perceive as folk customs. As historian Helen Frisby points out, they were looking for ‘otherness’ and therefore middle-class traditions, such as the mute posted at the door during funerals, were not defined as folklore.[6]

In the introduction to their collections many of the folklorists were mindful of the need to record the folklore in a neutral fashion, in order to ensure it could be analysed without bias in years to come. This has meant that although we get a description of the rituals performed, there is no emotional insight into the purpose nor a glimpse of the people behind the ritual, leaving a silence to be read.

A further challenge presented by the sources is a consideration of how honest and open the local people were when revealing their traditional practices to someone who was setting themselves apart as an observer. Folklorist Fletcher Moss was keenly aware of the skill required to gain trust and ensure people were comfortable enough to share their beliefs, writing in his introduction:

‘To learn a tale it is often necessary to tell a tale. People will tell things to those who have their confidence, which they will flatly deny to any one who seems to them to be inquisitive, or to be a superior person trying to get something from them.’[7]

When studying folklore collected in the nineteenth century, greater insight can be gained by thinking about who the collectors were and what motivated them to collect. It is interesting to consider how the emphasis on rational thought in the nineteenth century created a sort of urgency to collect and preserve what seemed like irrational traditional beliefs. By recognising the motivation of the folklorists, and better understanding their methods, we can gain greater insight into how modern attitudes to folklore have developed.